New chief: Let’s work together to bring pride back to DVSA

Transforming the Driver and Vehicle Standards Agency into an organisation that regains its focus on road safety and making it a business that staff are proud to work for, were two of the key messages that Gareth Llewellyn, the DVSA’s chief executive, delivered to the branch’s annual delegate conference. 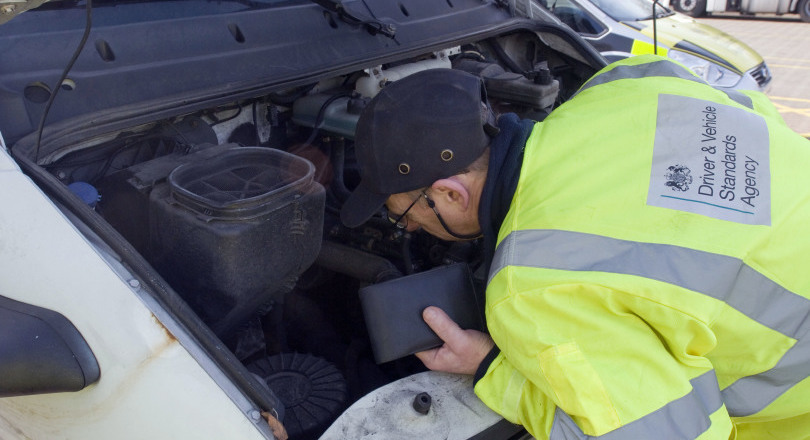 Llewellyn, who has only been in the post since April 2016, said that he had spent his first six weeks with frontline staff, rather than in the office, and asked for the patience and support of the workforce to turn things around.

The DVSA, which sets standards for driving, motorcycling, vehicle operators and MOT garages across Britain, was created in 2014, taking on the joint responsibilities of two predecessor bodies, the Driving Standards Agency and the Vehicle and Operator Services Agency.

“If everything was hunky dory I wouldn’t have come here. I came here because the organisation was not in a good place. There are lots of things that need to be solved. You’ll need to give me time. I can’t solve them all in one go,” Llewellyn told delegates during the frank, yet convivial, exchanges.

He had also inherited poor staff morale who had new terms and conditions imposed upon them, which resulted in a period of sustained industrial action earlier this year.

Llewellyn, who has previously held senior positions at the National Grid and Network Rail, is putting a five-year strategy in place after he got a “clear sense that we have lost our focus on road safety.”

“Our purpose is to keep everyone safe on Britain’s roads. Everything we do should be focussed on that. If we do that a little better every day, then we will make a big difference and the numbers killed and injured on the road will be significantly lower than they are at the moment.”

Llewellyn acknowledged, and accepted, many of the concerns and frustrations voiced to him at the ADC by Prospect’s frontline DVSA staff many of whom work in difficult conditions, examining vehicles on the road side, 24 hours a day, 365 days a year.

The working environment, the chief executive conceded, “has not been as good as it should be.”

However, he added that he was under no pressure to privatise any parts of the business and went some way towards allaying fears that government would adopt some form of self-testing regulatory model. He went on to say that more industrial action, however, could give others a reason to raise the issue of privatisation again.

Recruitment was a vital area where Llewellyn was looking to make big improvements.

“The recruitment process is way too long at all levels. That needs to be shortened as much as we can. Simple things like doing security checks when we have the interview shortlist, before we offer someone a job.”

“There are too few people in vehicle testing. I hope we will no longer be deficient in staffing levels by the end of next year.”

Retention was trickier because he has no control over pay levels, Llewellyn said, but added that they could do a better job of selling other benefits such as the pension.

Llewellyn admitted that training and development was a “weakness” for the DVSA. First-tier managers may not have been trained to do all the things that are asked of them.

“On technical skills, you might be able to do the job today, but my greatest worry is keeping those skills up to date with ever changing technology, such as self-parking vehicles and tachograph cheating devices. There’s lots of change on the horizon and we need to invest in those skills.”

Another key area where Llewellyn wanted to make big improvements was in the technology used on the frontline.

“On my induction, I learnt of the frustration of staff who see a gulf in the technology that they use at home and what we are able to provide for them at work.”

When one member said that poor equipment had caused him great stress, which had contributed towards them suffering a minor stroke, Llewellyn responded: “Nobody should suffer stress at work to the extent that it damages their health. It’s not right.”

He said they would shortly start the roll-out of new iPhones and were looking at “what apps can we give you to help you do your job better?”

Finally, Llewellyn underlined his determination to stamp out bullying and harassment at the DVSA and asked for members’ help in this area.

“Your support on that is hugely important. I see some horrendous things in this organisation. I cannot solve all incidents in an organisation of 4,500 people. I will need your help and this is immensely important.”