Prospect union is urging the Scottish Government to invest in school improvement after data about attainment in reading, writing and numeracy was published for the first time. 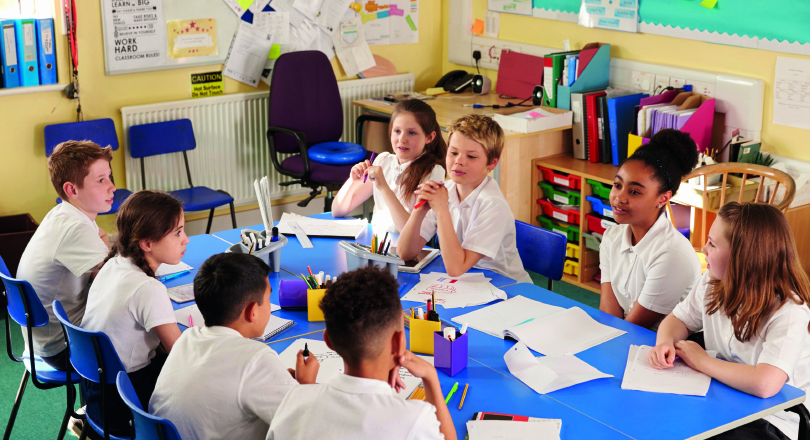 The union – the UK’s largest for school improvement officers – was commenting on Scottish Government statistics looking at the Curriculum for Excellence, which was continued by the Scottish National Party after it came to power.

The statistics showed that pupils from wealthier backgrounds are outperforming their poorer counterparts and that primary schools appear to be performing less well than secondary schools.

The gap between pupils from the 20% most deprived areas and those from the least deprived areas for writing at primary seven (the equivalent of year seven in England) was 23%. First Minister Nicola Sturgeon has made closing the attainment gap the priority for her government.

The Scottish Government published a news release alongside the statistics

It stressed that the Achievement of Curriculum for Excellence Levels information required further development before its accuracy could be relied on.

Education minister John Swinney said: “The initial teacher judgement data, published today for the very first time, illuminates progress being made in different parts of the country and by children in our least and most deprived areas.

Paul Watson, Prospect Education and Children’s Services group vice-president, said: “We are far from convinced that standardised assessment will solve the problems facing schools in Scotland.

“The fact that a school may perform better in any form of testing does not necessarily make it a better school – many other factors, including the level of deprivation in the catchment area, go into determining how well a school is really doing in supporting its students.

“The crux of the problem lies in the government’s lack of investment in education authorities so that they can provide extra practical support and development for teachers and managers in all establishments. Such provision has been eroded over the last 20 years.

“We would urge the Scottish Government to listen, and to invest more in education authorities so they can fund independent, objective support, provided by external professionals such as advisers, quality improvement officers and education support officers. This is key to raising attainment and reducing the link between poverty and academic achievement.”

The government’s statistics revealed that 72% of all Scottish pupils in the final year of primary school met the benchmark standard for reading, 65% for writing, 77% for listening and talking and 68% for numeracy.

The figures appeared to be better in secondary schools, where the proportion of S3 pupils (the equivalent of year nine in England) achieving Curriculum for Excellence Third Level or better was between 84% and 87% for each curriculum area.

The figures were published a week after it emerged Scotland’s schools had recorded their worst-ever performance in the latest set of Programme for International Student Assessment (Pisa) tests. However, there has been some debate about whether the PISA data reflect the quality of schools and educational provision.

Scottish Conservative shadow education secretary Liz Smith said the new Scottish Government statistics provided more proof that the attainment gap in Scotland was as wide as ever. “It’s clear from these figures that there are massive issues in delivering Curriculum for Excellence in some areas of the country, and that the confusion surrounding its implementation is starting to have a hugely negative effect.”

Scottish Labour education spokesperson Iain Gray said: “The SNP’s school shame has deepened with these statistics. The scale of their ten years of failure becomes more apparent by the day.

“We have seen huge cuts to teacher numbers, support staff, and investment per pupil alongside increasing class sizes. As a result, the attainment gap between the richest and the rest in Scotland is simply scandalous. Pupils not reaching expected standards in reading, writing and numeracy is a failure in social and economic policy by the SNP government.”