A Scottish manufacturer has been told to reinstate a respected HR professional after being found guilty of unfair and unlawful sex discrimination. 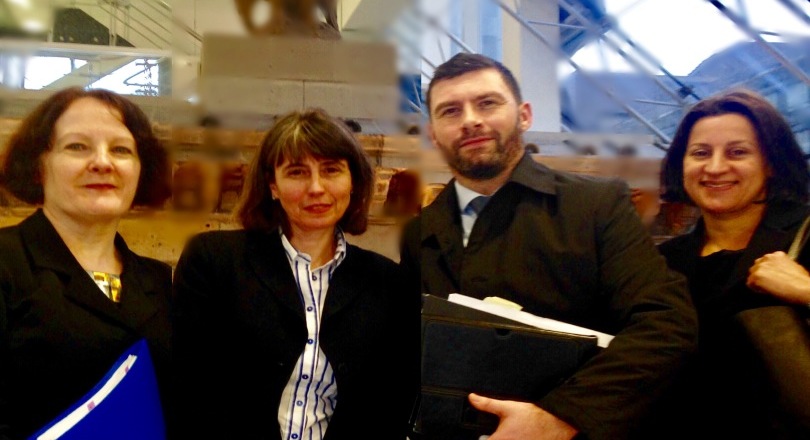 Ann Downie, a successful HR manager, was dismissed from her post because she was unable to work full time due to childcare responsibilities.

With support from Prospect, her union, and Nicola Braganza, counsel from Garden Court Chambers, she took her case to the Glasgow employment tribunal, which ruled in her favour.

But in March 2016, she was told that the company now needed a full time HR manager and she would need to increase her hours or be made redundant.

As she could not work full time, Ann made several proposals to meet the employer’s requirements, including reducing her hours to accommodate a job share, or increasing her hours to provide extra cover.

But the company rejected her suggestions. Her manager was adamant that they wanted one full-time HR officer and Ann was dismissed.

The case was heard over three days from 21 February 2017, and a ruling was issued yesterday that found in Ann’s favour on both claims.

Ian Perth, Prospect negotiator, who represented Ann in the internal hearings, said: “The tribunal held that the manager’s approach to her proposals was ‘incredible’ and the reluctance to consider them demonstrated ‘that he had made up his mind, was blinkered and was unwilling to consider’.”

In addition to compensation, the tribunal ordered the company to reinstate Ann to her former role as HR manager.

Ann said: “This has been a really tough and stressful experience, but throughout it I felt there was an important principle to uphold. However, I couldn’t have done it without the support of Prospect.

“Now I am looking forward to being able to return to my job with a renewed sense of the importance of equality and justice within the workplace.”

Marion Scovell, Prospect’s head of legal, said: “This is a classic case of indirect sex discrimination. A requirement to work full time will be likely to place women at a particular disadvantage.

“This will be unlawful, unless the employer can show it is justified. In Ann’s case the tribunal found there was no justification for the decision. It is extraordinary that some employers still refuse to accept part-time working, despite the wealth of evidence available that it works at all levels.”

Ian added: “I think the decision by the tribunal should send a message to employers that indirect sex discrimination needs to be considered right at the outset of any strategic planning, and not simply as an “add on” to their plans.

“Countless women continue to face discrimination in the workplace and this case highlights the value of challenging that.

“This case also highlights the value of trade union membership”, continued Ian. “Many employers help to avoid indirect discrimination by engaging early and genuinely with their recognised trade union.”