Delegates were united in their anger at seeing their living standards fall because of pay restraint for public sector workers. 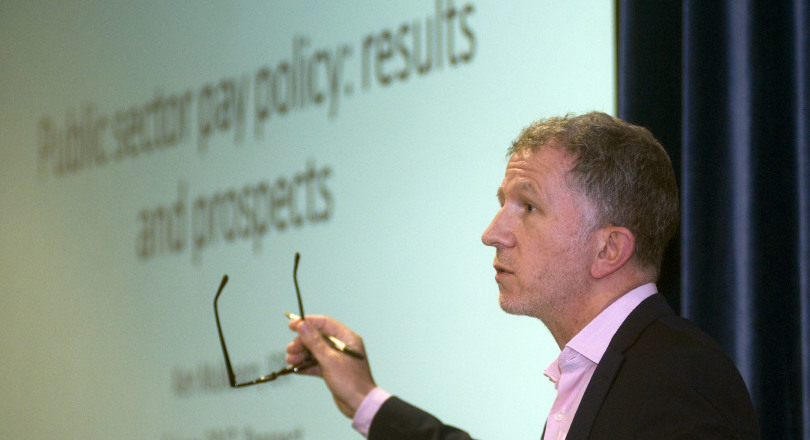 Garry Graham, speaking for the executive, reminded delegates about the Makinson review, carried out in 2000. Two of its recommendations were that civil servants must have proper pay progression arrangements in place and that base pay should meet people’s living standards.

Seventeen years on, the civil service people survey found that 75% of respondents believed they would be better paid elsewhere and 40% were struggling to achieve a reasonable work-life balance.

“There is a rising recognition by commentators that this policy is unsustainable if the civil service and wider public sector is to recruit, retain and motivate the skilled professionals that it needs,” said Graham.

Caroline Coleman (Health and Safety Executive) told delegates that the union had to build support for the campaign from the ground up.

The campaign would need to highlight the problems of pay constraint in the public sector; inform public and political opinion about its unfairness and the negative effect it has on the country as a whole.

The problems resulting from low morale in the public sector, and directly related difficulties around recruitment and retention, have an impact on all UK citizens who rely upon the services provided by our members, she said.

Her branch’s motion set out a wide range of ideas on how the executive could help branches with the campaign, including:

Karen Chalcroft (Defence Science and Technology Laboratory) said everybody needed to take part and do something for the campaign. Her branch motion instructed the executive to start a campaign to fight the pay cap by:

Dawn Lakin (Department for Transport) said that increases based on end of year markings were not fair or reputable. She also highlighted the detrimental effect on future pension calculations.

Her branch motion asked the executive to ensure civil servants are not used as an easy target for government savings, but receive adequate pay awards proportionate with the continued increases in the cost of living.

Phil Brown (Met Office) mentioned his branch’s pay campaign, which included a lobby of MPs. He said a national campaign could get more branches involved and help with recruiting members to the union.

Bob Akroyd (Environment, Food and Rural Affairs) pointed out that “most of us don’t get 1%”. He described the pay policy as “an insidious attack on our well-being and an immoral imposition of deteriorating standards of living”.

He cited the example of an Executive Officer whose pay scale has risen by about 1.2% or £323 over the past 10 years. Using the RPI measure of inflation, the EO’s pay would be down 33% and by 24% if using CPI.

Akroyd claimed that MPs’ salaries had risen by 18% over the same period.

Ian Hardy (Joint Forces Command) said one of the biggest problems to resolve was “member apathy”.

The instructions in the sector executive’s motion included:

The motion also instructed the executive to support branches to: