Public servants are expected to meet their objectives on time and in full – but this does not apply to their annual pay awards, Phil Brown (Met Office) told delegates. 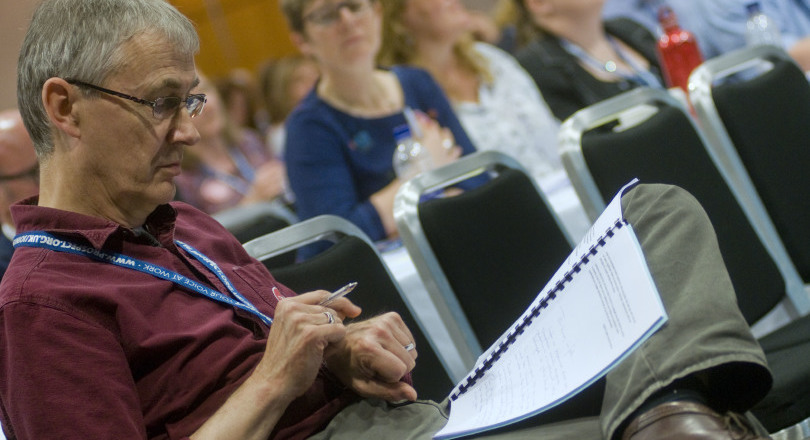 The branch’s motion set out the process for pay negotiations in the civil service, outlining how negotiations cannot even begin until the Cabinet Office and the Treasury have approved the annual pay remits submitted by departments and agencies.

But this approval is many months late every year – meaning the financial year is well under way before local pay negotiations can even start.

Brown said he knew of one organisation that had not paid awards due in April until the following February.

Helen Snaith (Natural Environment Research Council) said her members were in a similar position and described how a July increase hadn’t been paid until the following June.

In these cases members receive their backpay, but many often lose out financially because the backpay puts them into a higher band for pension contributions.

“Justice delayed is justice denied,” said Brown. He added that there would be no need for such delays if the government had a long-term pay policy.

The motion instructed the executive to put the issue on Prospect’s national agenda and raise it with the relevant government departments.

The objective was to reach an agreement between Prospect and the civil service on a date by which pay awards will be delivered on time every year in the future.

Garry Graham, speaking for the executive, had “tremendous sympathy” for the sentiments behind the motion and said delays in publishing remit guidance were not acceptable.

However, he said it was “sometimes more important to get it right than get it on time”. Delegates agreed with his call to remit the motion.