Delegates backed a call for the sector executive to promote the Government Science and Engineering profession among relevant members and to work with branches to encourage members to join, and become active in, the profession. 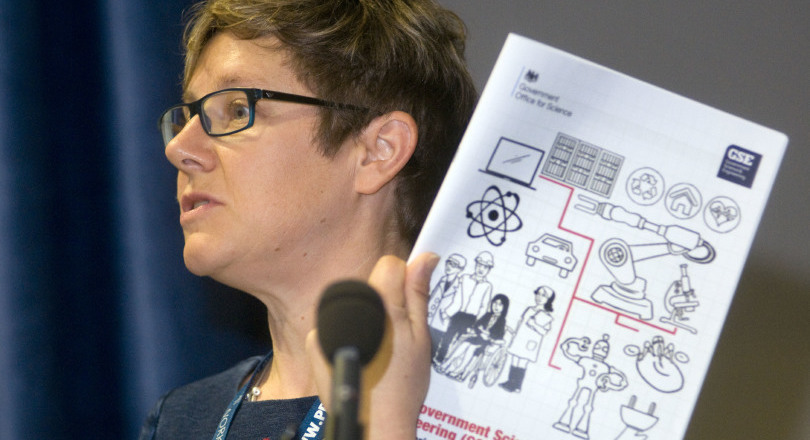 The GSE profession is one of five analytical professions in the civil service that provides evidence for policy.

It is made up of more than 10,000 civil and public sector employees who either have a background, or an interest in, science and engineering. It is managed from the Government Office for Science on behalf of the Government Chief Scientific Adviser and Head of Profession, Sir Mark Walport.

Prospect’s Science, Engineering and Sustainability Advisory Committee worked closely with the Government Office for Science on the GSE relaunch in October 2016.

The new strategy draws together ideas from hundreds of civil servants in government science and engineering across the UK. It commits to change in areas like reward and recognition, chartership, accreditation and flexible career paths.

The ten workstreams in the strategy reflect this close working relationship:

Sarah Hughes, speaking on behalf of the executive, said the strategy promised a number of improvements and encouraged delegates to become GSE champions in their areas.

She pointed out that there were many kinds of scientists in government and the strategy recognised that, in some cases, there were just a few “deep” specialists.

“These people need to be supported in their careers. They need more appropriate routes for their professional development.”

She talked about Prospect’s RegTech project to encourage scientists and engineers to register with their relevant professional bodies – whatever their level.

“Make sure this blueprint turns into action,” she concluded.

Martin Pennycook (Defence Equipment and Support) backed the motion but sounded a note of caution.

His organisation carried out an independent pay review – but Prospect was not allowed to see the data on the grounds that it was the intellectual property of KPMG, the consultants who carried out the review.

Pennycook urged delegates to ensure that any reviews were open and transparent.

“All scientific staff need to be part of a professional body and aim for chartered status,” said Devanshi Vyas (Scottish Government).

Vyas shared her workplace success story with delegates. Science and Advice for Scottish Agriculture has about 100 employees. Thirty of them were picked for a job evaluation exercise and all were successfully evaluated with Prospect’s support.

Vyas, who was on maternity leave at the time, was thrilled to hear that she had been promoted and said this demonstrated the value of chartered and professional status.