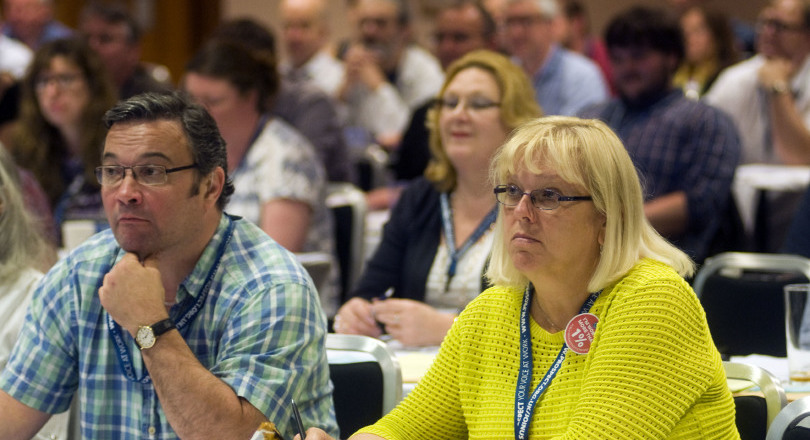 Hunter outlined the differences in approach to industrial relations between the UK and Scottish governments and said people should give credit when it’s due.

For example, the Scottish Government:

Delegates backed the motion which called for the executive to recognise the different approaches to bargaining and trade union engagement in its communications with members and not to adopt a “one size fits all” approach.