Prospect’s Royal Museums Greenwich members kicked off 2018 with a strike over detrimental changes to their terms and conditions. 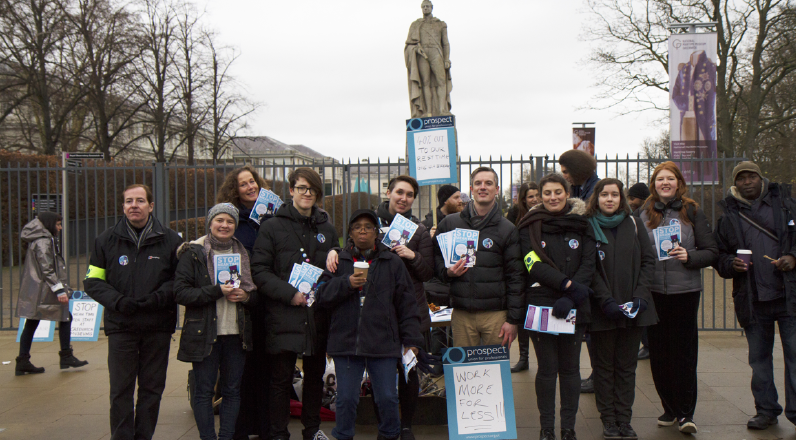 Visitors and sales assistants who work at the National Maritime Museum, the Greenwich Observatory and the Queen’s House walked out on 1 January in protest at changes to their contracts.

The Prospect members set up three picket lines around key entrances to the museum to highlight to members of the public why they were on strike.

Changes to their contracts, which include the removal of paid breaks, fewer breaks and an extension of the hours their shifts can fall within, were imposed at the beginning of November.

The museum has increased the hourly rate by up to 3% following talks with Prospect. However, had they kept paid breaks without the 3% pay rise, staff would be better off when National Living Wage is increased later this year.

They are also not being paid London Living Wage under the new terms and conditions.

Prospect member Miriam Natis who works at the museum said: “These changes have affected me severely. I was already struggling financially and these changes mean that I am left short-changed. I’ve had to ask people to help me with money, as I’m now in a position where after I’ve paid my bills I have no money left.”

Simon Nosworthy, a rep for members at the museum, said: “There were lots of different types of contracts before and the museum claims that it is harmonising them so that we are all on the same type of contract.

“However, this approach is harmonising down rather than up. When you harmonise it generally means lots of different voices working together rather than just one voice. What the museum is doing is a race to the bottom and that needs to change”.