In December, the government published a white paper setting out a 10 year strategy to reform the employment prospects for disabled people and those with long term health conditions. It follows a 15 week green paper consultation which closed last February. 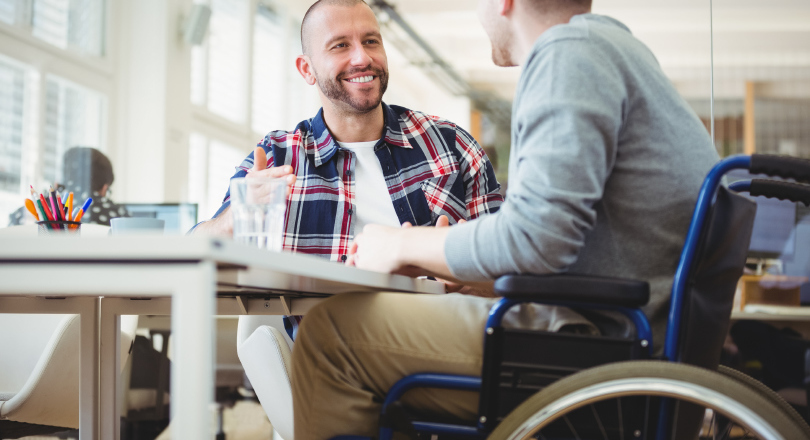 Improving lives: the future of work, health and disability, released jointly by the Department of Health and the Department for Work and Pensions, focuses on three settings to improve outcomes: the welfare system, the workplace and the healthcare system. The paper is principally concerned with how these areas can be joined up, but there are few firm proposals in the document. Work to understand how this should happen will continue over the coming years.

The paper says that it wants employers to have the support and confidence to recruit and retain people with disabilities and long-term health conditions, and to create healthy workplaces, but that it needs to understand the incentives and sanctions that will encourage this. Improving Lives says that the Government will carry out research examining the wider framework of incentives and expectations within which employers make their decisions, proving a preliminary report in 2018.

Civil Service and the public sector

There are more concrete plans for the civil service, which Improving Lives says should be at the forefront of good practice and demonstrate leadership. The Civil Service is designing a training programme called Mental Health and Wellbeing Confident Leaders, which will address how senior managers can be mindful of their impact on the overall – and particularly mental – wellbeing of their teams. This will be delivered to senior Civil Servants and key front line managers from January 2018, according to the white paper, with the training later rolled out to leaders at all levels. The Civil Service is also running pilots on a programme of supportive action for absence relating to mental health and musculoskeletal conditions.

The most eye catching development came during the then Work and Pensions Secretary’s statement to the House of Commons on the paper’s publication. David Gauke said that the Government is pulling the plug on the Fit for Work’s referrals service, after an underwhelming response from employers and GPs.

The Government-funded absence management service was only fully rolled out to referrals from GPs in July 2015, and employers in September 2015. It was intended to provide support to employees at risk of long term sickness absence by providing them with a return to work plan and proposed reasonable adjustments. However, Gauke said that there had been only been an average of 650 referrals per month to Fit for Work in England and Wales, compared to the 34,000 forecast.

Fit for Work’s online advice hub and telephone support service will remain, but referrals from GPs and employers closed on 15 December.