DVSA leads the way on tackling bullying and harassment

Mutual respect in the workplace is a human right, says the chief executive of the DVSA. He has made it his personal business to tackle bullying and harassment, and Prospect reps are on board 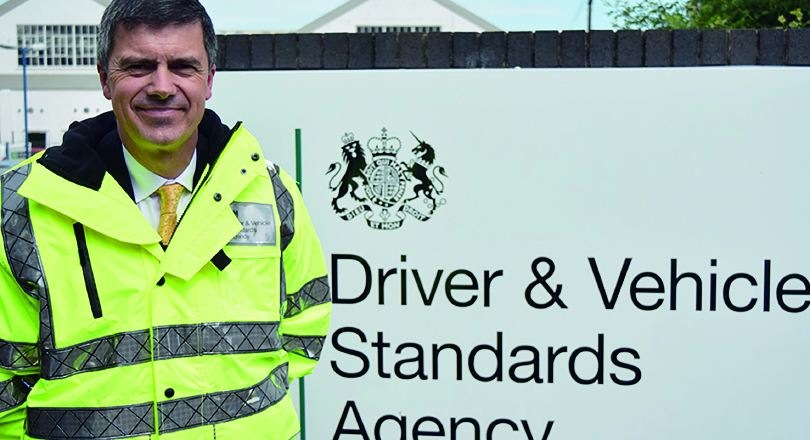 Prospect reps are working closely with Gareth Llewellyn, the chief executive of the Driver and Vehicle Standards Agency, to roll out an anti-bullying initiative across the organisation.

Gareth, in post since April 2016, is spearheading this work, and set up a working group soon after arriving. Prospect immediately welcomed the initiative and got involved.

Gareth has been a long-time campaigner for human rights and believes mutual respect in the workplace is a key ingredient and “the business of business”. In 2005, he addressed the UN Assembly on behalf of the Business Leaders Initiative on Human Rights.

Fast forward 13 years and he tells Profile: “It’s part of my DNA that you should have respectful conversations and look after people in the workplace. I have a personal commitment to changing the culture around bullying and harassment.

“Before starting here, I took a close look at the 2015 civil service staff engagement survey scores. I was staggered at the percentage of staff across agencies who had experienced or witnessed bullying and saw this as a potential challenge.”

The DVSA sets the standards for driving, motorcycling, vehicle operators and MOT garages across Britain.

Others on the working group come from human resources, communications and various staff networks. Its first task was to examine the legal framework around bullying and harassment and discrimination, including what behaviour is unacceptable and when a management request is reasonable.

In January 2017, more than 900 DVSA staff responded to a survey on bullying and harassment. Respondents said they:

The working group decided to:

The next step was to train a team of independent investigating officers – DVSA volunteers at higher executive officer level or above.

In parallel, the group recognised that too many cases were going straight to grievance so a separate group of volunteers received mediation training from CMP Resolutions.

In April 2018, 19 people had been through mediation, mostly with successful outcomes, and sessions were being arranged for a further nine people.

“It is difficult for anyone to ‘win’ in a grievance process but the feedback from mediation has been good,” says Gareth. “It focuses not just on bad things, but understanding how good behaviour can affect working relationships.”

A course entitled “Building respect in the workplace” is being rolled out to all 4,500 DVSA staff over the next 18 months. The training by Andrea Adams Consultancy includes bespoke videos depicting scenarios relevant to DVSA activities.

Leanne Clancy says: “Gary and I took part in the pilot training and were able to offer our input. The CEO has made this his personal project and he is very open to suggestions.

“Our members are welcoming mediation, and we are getting positive feedback. You can see people’s attitudes changing because they know they can’t get away with behaving badly.”

Gary O’Connor adds: “There is a definite difference between strong management and bullying and harassment, when people misuse their power. Prospect has members who are managers, and they, too, can be victims of bullying from peers or those they manage. In all cases mediation helps to clear the air and puts the bully on the back seat.

“Central DfT is looking at this project and we hope it will be rolled out.”

Prospect negotiator Dave Allen concludes: “I am proud of our reps’ hard work and we welcome Gareth Llewellyn’s commitment to building a culture of respect at work.”