Prospect has written to the leaders of the major Scottish political parties seeking to build a coalition of politicians prepared to campaign on behalf of defence shipbuilding in the UK. 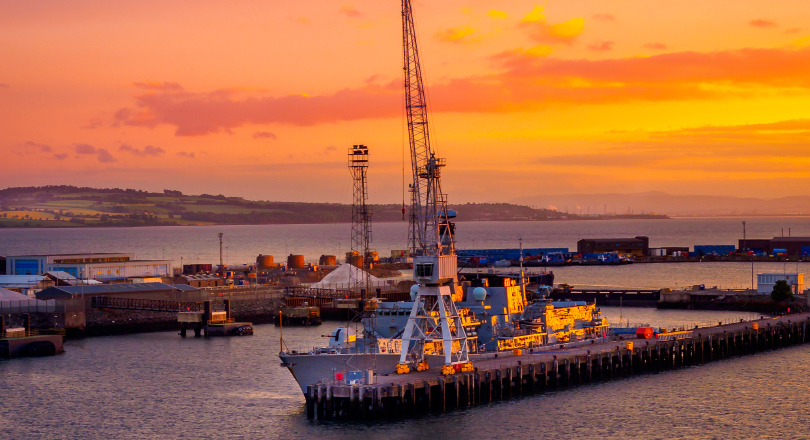 The letter is the next stage of Prospect’s fight to protect jobs at the Rosyth dockyard in Fife, Devonport in Plymouth and Portsmouth.

Prospect has been campaigning for some time over the flawed decision to "offshore" the building of the Fleet Solid Support (FSS) vessels for the Royal Fleet Auxiliary (RFA) and for a decision to be taken about the procurement of the Class 31e frigates.

The letter was sent on Friday and echoed the calls by the leader of the opposition, Jeremy Corbyn, to build all vessels for the Royal Navy (RN) and RFA in the UK.

Prospect National Secretary for Scotland and Ireland, Richard Hardy said: "The National Shipbuilding Strategy, published in 2016, and accepted in full by the government, talks about using shipbuilding to assist in spreading economic growth and growing a skilled labour force.

"And yet the only economy growing from the offshoring of the £1bn FSS contract is likely to be the Korean one, whilst yards across the UK, and particularly at Rosyth face hundreds of redundancies and the loss of skilled workers."

Theresa May referenced the National Shipbuilding Strategy on 25 April at Prime Ministers’ Questions, but Hardy questioned the success of the strategy when Prospect members at Rosyth and Devonport are facing the threat of redundancy.

He added: “If the UK wants to retain the sovereign capacity to build complex warships, and retain the ability to have a competitive domestic industry, then it must seek to place as much work as possible in British yards in addition to the complex warship programmes, otherwise yards will not be able to maintain the skilled workforce necessary for the future. We hope to build cross party consensus in Holyrood that will lead, along with the calls from within Westminster for a review of the FSS decision and greater certainty about the future of the Class 31e programme"

Prospect will update members on responses to the letter and continues to seek cross party high level meetings at both Holyrood and Westminster, and to work with Babcock the employer at Devonport and Rosyth over managing the redundancies already announced.