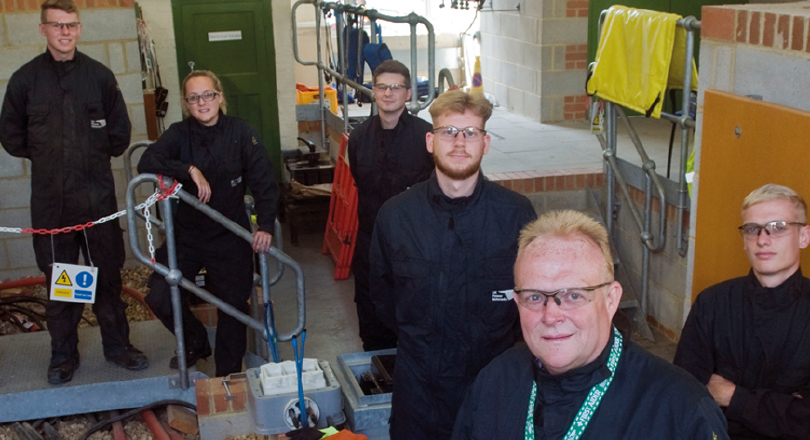 There’s that slogan favoured by those in education: those who can, teach.

It’s a sentiment that applies to Lee Perkins, a Prospect health and safety rep at UK Power Networks, except in his case it needs a slight addition: those who can, teach – and go on to win a national award.

In late June, Lee was honoured with a health and safety champion award for his safety training work with apprentices.

Lee picked up his accolade at the Utility Week Stars Awards, an annual event for utility professionals who do the vital and often unheralded work of keeping the lights on, taps running and gas flowing across the UK.

At the ceremony in Manchester, Lee said: “This is just who I am and what I do, and if it helps others I am chuffed.

“I am passionate about helping young people to thrive in this industry because they are the future and I want my work to bring on the next generation.”

In his training, whether at the UK Power Networks’ Kent training centre or on site in muddy fields, Lee promotes the paramount importance of safety to industry newcomers, usually supervising a dozen apprentices at a time, ranging in age from 17 to 42.

have completed their training without him.

“Lee is passionate about working safely and believes he has a duty to help newcomers find their way, as he was helped by others when he started out,” says Charlie Aston, Lee’s line manager.

“I believe this is his greatest attribute and explains why he is able to make such a special connection with trainees and is such a skilled and effective champion on their behalf.”