Waiting for the wind to change

Waiting for the wind to change

More than 10 years since he completed his Master’s degree in Renewable Energy Systems Technologies, Paul Clarke, has finally made the switch from coal generation to offshore wind power. He tells Boc Ly how he waited and waited before landing his dream job in renewables. 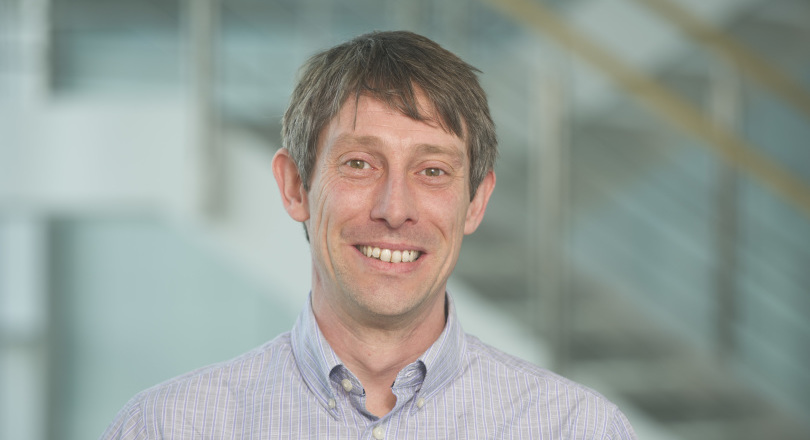 Many times in his life and career Paul Clarke has found himself at a crossroads with important decisions to make.

Halfway through his A’ levels he had dropped out of college and was working for a small business selling bottled LPG.

When the ageing owner decided to retire he was offered the opportunity to buy the company out, but was that what he really wanted?

Instead of setting himself up as an LPG tycoon, he returned to college part-time while he was still working to finish his A’ levels and made a commitment to further education.

He went to Loughborough University, where he studied electrical engineering and his nascent interest in renewable energy led him, for his final year project, to design a rig to test wind turbine blades embedded with fibre optic strain gauges – an innovative use of new technology in wind turbines.

His project caught the eye of a professor, who encouraged Paul, with the promise of a scholarship through the Engineering and Physical Sciences Research Council, to stay on for a Master’s at Loughborough’s Centre for Renewable Energy Systems Technology.

One year later, armed with a post-graduate degree and research credentials in a growing sector, it was time for another big decision. Where did he want to work?

Ultimately, a love of France, and the tantalising prospect of one day working over there, persuaded Paul to go with French-owned and newly formed EDF Energy.

It was then that fate dealt Paul another twist.

“I didn't really want to move to Crawley but, luckily enough, at the 11th hour EDF Energy created two engineering jobs at the coal-fired power stations in north Nottinghamshire, not far from Loughborough,” says Paul.

He made some phone calls and was told to report for an interview.

“I went to the interview and they said, ’you can start the Monday after you finish your degree on Friday!’ Which was brilliant, because I had no money!”

So it was that in September 2005, Paul, who wanted to work in France and in renewables, started work at a coal plant in rural Nottingamshire.

However, he made the most of his graduate training scheme, where he had opportunities to get work placements across the whole of EDF’s UK business. One placement had taken Paul to an onshore wind development, but further experiences in renewables at this stage of his career would prove elusive.

Eventually, he settled into a maintenance engineer role at Cottam power station, working on the flue gas desulphurisation because “there was little interest in the new technology we were building on the back-end of the plant but it was a fulfilling engineering challenge to integrate that technology onto a 1960s coal plant.”

In fact, back then the renewables aspect of EDF’s generation portfolio was quite small. This was underlined in 2008 when EDF bought British Energy and its eight nuclear power stations.

“EDF was different to the other vertically integrated companies who were heavily investing in wind. I felt like I'd chosen the wrong company because they were not investing in renewables – the focus was on nuclear.

“All because I wanted to get over to France,” says Paul ruefully.

Nevertheless, Paul’s career at Cottam went from strength to strength.

Following several engineering and project management roles, he was put in charge of the plant’s asset development, then its technical risk management – making sure there was sufficient investment in the right areas of the plant to control the risks.

It was "all well and good until the end point for Cottam came into sight."

Teams were starting to shrink, including Paul’s own, as people started to take other opportunities around the business.

In the end, Paul didn’t have to chase after an alternative role in renewables; the energy sector moved towards him.

“And all of a sudden there was a massive push. The whole ethos and strategy at a group level had developed beyond low carbon nuclear and into renewables.”

A few years earlier, Cottam’s engineering manager and Prospect member, Piero Maggio, had moved across to EDF Renewables. He had a pride and passion to promote the transfer of technical skills across the group and opened up new opportunities for the coal business’s skilled workforce. Paul jumped at the chance to get involved with EDF’s first UK solar project.

“In April 2018, I started to work three days a week for renewables, kind of on loan, providing engineering services from my normal job on a part-time basis. This gave me the opportunity to showcase the transferable skills that I’d acquired from what seemed like an alternative career path but actually had set me up perfectly to help EDF met its ambitious plans in renewables”

Then in April 2019, Paul was appointed to a permanent role in the rapidly growing EDF Renewables.

Despite it being a dream job for him, one that he’s waited nearly 15 years for, it was still a difficult decision to finally make the leap.

With the support of Prospect and internal influence from Piero, EDF recognised that retaining skills within the business has a wider range of benefits than can be captured in a job description. This resulted in comparable terms and conditions being offered and crucially for Paul, retaining membership of his existing final salary pension scheme – which Prospect has historically negotiated to remain open.

He now has flexible working locations due to the wide geographical spread of the renewables business and is busier than ever because “the workload in renewables has grown rapidly, and I don't think that's just an EDF problem.”

Paul hasn’t completely cut his ties with Cottam. In an unprecedented agreement, EDF agreed to him maintaining his role as Prospect rep for the site until its closure in September, in recognition of the view that people are at the heart of all businesses and to maintain continuity at a critical stage of Cottam’s life.

First starting as a union learning rep “many moons ago,” and moving up to Technical Rep two years ago, Paul has since been involved with pay negotiations for both the Cottam and West Burton A power stations – agreements covering up to 400 people.

Then there is, of course, the Cottam closure consultation that he has worked on with Mike MacDonald, Prospect’s full-time officer, and the other recognised unions.

Up until September, as well as taking care of his own job in renewables, Paul will be helping to ensure that colleagues at Cottam are being moved to suitable new roles, or can leave EDF with good terms.

Paul already has an eye on growing the union in EDF’s renewables business, where there is currently no union recognition.

“We need to focus on increasing membership across the whole renewables sector. The bulk of our members working in EDF Renewables are ex-power station people who brought their membership with them. This is also common across other renewables businesses.”

To that end, Paul has agreed to join Prospect’s new overarching energy sector executive committee to ensure that renewables has a voice, and to replicate the successes that unions have delivered by working constructively with employers across other areas of the energy sector.

“I’ve managed to sign some new members up but now we need to concentrate on making the renewables workforce aware of what our union is all about, and how membership can benefit them individually and the wider sector. And many existing members could be following a similar journey as my own, as we transition to a net zero carbon economy.”