Labour parliamentary candidate, Ian Mearns, who is standing again in the Gateshead seat that he has represented since 2010, was the guest speaker at Prospect’s Education and Children’s Services professional seminar in late November. 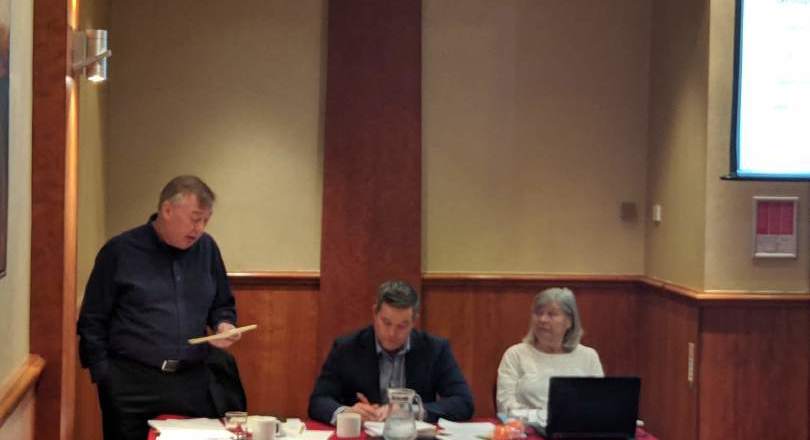 Mr Mearns has a long-standing interest in, and passion for, education issues.

As a local councillor he chaired Gateshead Council's Education Committee and was a governor of several local schools, including chair of governors at a special school for children with learning difficulties.

In Parliament, he was a member of the House of Commons education select committee for nearly 10 years and was chair of the All-Party Parliamentary Group for the Teaching Profession.

His expertise and experience made him a compelling speaker for Prospect’s education professionals that were in attendance at the Newcastle Gateshead Marriott Hotel.

Mr Mearns began by making the point that one of the most pernicious effects of austerity was the cuts in funding to, or the complete closure of, many children’s services.

He cited examples such as the cuts to health and maternity grants, the closure of Sure Start centres and the abolition of a scheme to replace play equipment in parks and opens spaces.

Programmes, such as a trial in the north east called Contact Point to help track vulnerable children to stop them from falling through the cracks in the system, were also ended.

“At the same time, we've seen cuts in adult social care which has quite a dramatic impact on the welfare of children,” he said.

“We've also seen cuts to children’s services when demand is growing, and more and more families experience poverty. So, this is the context that we're working in.”

The Labour candidate spoke at length about his time and experience as a member of the House of Commons education select committee.

“As a select committee, our remit is mainly to hold the department and ministers to account, to hold inquiries, to write reports and make recommendations to government,” said Mr Mearns, who added that he was the longest serving MP on the committee.

“When we write a report and make a recommendation to government, the government has to make a formal response. In the vast majority of occasions in the last nine and half years I can honestly say that the government's initial response has been completely dismissive.

“But independent studies have shown that about 40% of all select committee recommendations subsequently, further down the line, become official government policy.”

He added that the committee had devoted much of its energy in holding the government to account on children’s services issues, and the recruitment and retention of teachers.

Michael Gove, the education secretary from 2010 to 2014, came in for particular criticism.

“From day one in 2010, when Michael Gove took over the department, he was intent on creating chaos in the system,” said Mr Mearns.

“By fragmenting the system and breaking it down… Even if the old system wasn’t very good, it was still better than the chaos he created.”

The current picture, he continued, was far too fragmented.

“We have Academy chains, we have independent schools, free schools and still have maintained schools.”

This fragmentation was reflected in schools administration with regional schools commissioners, Multi-Academy Trusts and local authorities.

“I think we've really got to take a long hard look at how we can properly rationalise our education system so that it becomes as effective as it can be.”

Mr Mearns finished by praising the professionals in the sector “who are working their socks off and there’s lots of good stuff happening out there” but he admitted that there were still problems with recruitment and retention.

In other highlights of the ECS seminar, Diana Robinson, of Prospect’s Education and Children’s Services  Group Executive Council, gave a presentation on her work with the Special Educational Consortium and there was a wide-ranging group discussion on the challenges facing  educators in the 2020s.

Reflecting back on the day, Prospect national secretary Steve Thomas said: “It was great to bring together Prospect’s members in Education and Children’s Services and to listen to some fascinating speakers. Through the day, everyone was able to share their experiences of working to give vital professional support in extremely challenging circumstances.”