Panel Event with members of some Staff Networks held

Earlier this week four Atkins colleagues joined together to discuss their involvement with a Staff Network, Prospect Union or both and how Staff Networks and a Trade Union could help each other at Atkins. 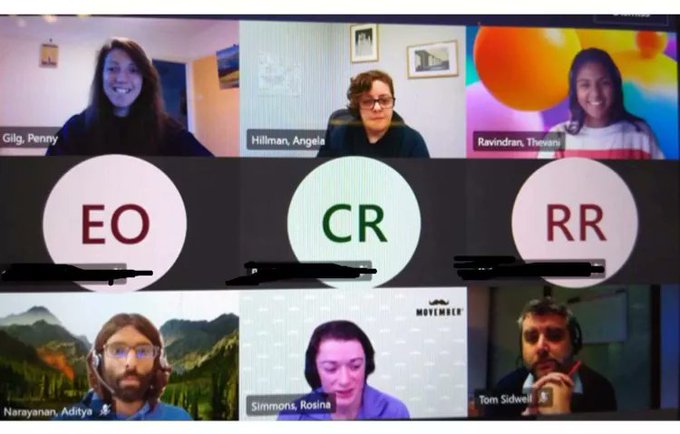 There are 7 staff networks at Atkins, and members of 3 of these were represented on the panel, as were union and non-union members.  The discussion started around reasons for joining and what people liked about being in their respective group.  Here the first commonality emerged - networking and meeting peers was something people enjoyed from their membership of both networks and the Prospect branch.

With regard to reasons for joining, initial reasons for joining a union seemed to be driven by a desire to improve or protect one's own work life, whereas when discussing why they joined a network many panellists cited wanting to make the work place better for others.  However, the members of the union branch found that once they were more involved their desire to influence change in the work place which affected everyone grew.

That led to a discussion around how similar the underlying aims and objectives for each staff network and Prospect branch are.

With regard to influencing change, whether proactively or reactively each network is at a different stage in its journey.  Attendees heard that equilibrium (the LGBT+ network) has had success in the release of a policy on Transitioning in the Workplace.  Prospect have had success at individual levels but aren't established enough to be part of the conversation about larger scale changes. From this it was agreed that there is a lot of scope for networks to learn from each other and it seems that this is just the start of conversations between network committees, not only at a steering group level.

Having established that the motivations for membership and the desire to see change are common across members. The conversation turned to how the Atkins networks and Prospect can help each other moving forward.  It was discussed how staff networks have a great understanding of the problems faced by individuals across the company but being volunteer led they do not have all the time or expertise on how to address them.  Conversely Prospect has access to experts and other branches who may have experience influencing barriers and hurdles in the work place.

Also touched upon was awareness of, stigmas around and misconceptions of union membership and how these can vary depending upon on age, parents' views, heritage etc. Prospect committee members, Penny and Angela, advised that any Atkins colleagues can ask them any questions - however silly they may be - about becoming a member.  Additionally, with it being union week new members get 3 months free membership, which may be of interest to potential members.

Inspired by the conversations during the panel event, and with clear ambition from all panellists to improve the workplace for their colleagues;  it is hoped that in coming months the links between some staff networks and the union branch will grow with continued conversations and ideas being shared.  Furthermore the possibility of reaching out to other Prospect branches and national campaigns were discussed.

If you'd like to know more about being involved in a network or the union, get in touch with a staff network, union branch committee member or join the conversation on social media.