The Valuation Office Agency has recognised efforts by statistician Gill Atkinson to make her workplace more diverse and inclusive. 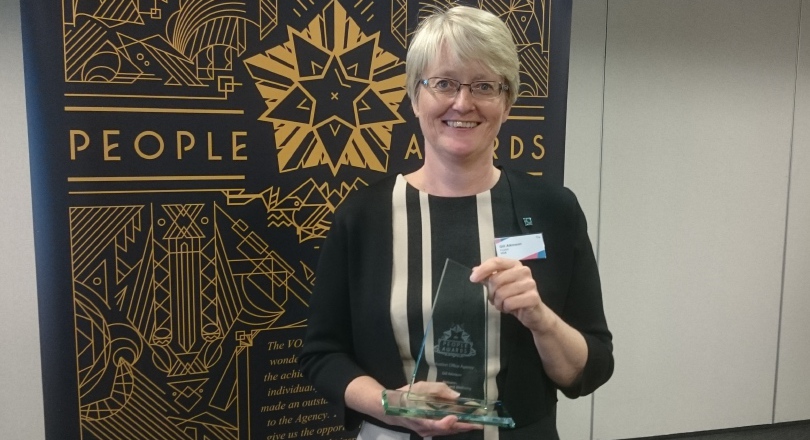 Gill started working at the VOA, which gives the government the valuations and property advice needed to support taxation and benefits, at the beginning of 2015.

She joined Prospect soon after because she was impressed by a rep who helped her to secure reasonable adjustments by working from home.

Gill says that she is the first winner of this award, and that it reflects efforts by the VOA, and perhaps the civil service in general, to become the most inclusive employer in the UK, as embodied in the civil service workforce plan launched in July.

“I’m absolutely delighted to have won the award,” she said. “It’s just a lovely piece of recognition.”

Gill believes she was given the award because of her work on employee inclusion and well-being.

She put forward a motion to her branch annual delegate meeting on reasonable adjustments and how they are not a privilege but a right enshrined in law. Despite being very nervous about speaking in favour of the motion, Gill says colleagues assured her it was well-received, earning her a round of applause.

The VOA has also recently created a number of diversity focus groups, and Gill is involved in one which is looking at disability.

In addition, she has volunteered her services as a statistician to analyse end-of-year performance markings based on diversity characteristics to report back to the company.

“The award means a lot as the principles of diversity and inclusion are very important to me,” she said.

When asked what she has done with the award, Gill said: “I have put it on display in my home office.”