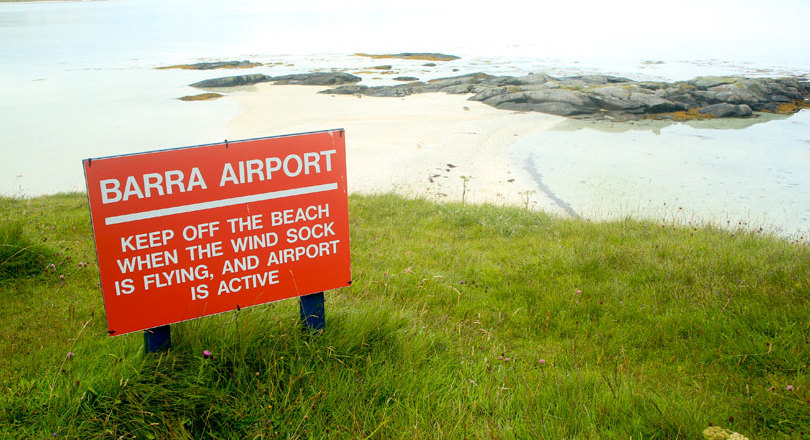 HIAL announced on 18 January that they will no longer carry out bag and body searches at Tiree, Barra and Campbelltown airports from 1 February 2017.

Current perimeter patrols and hold luggage checks will remain, but mail will no longer be screened.

The decision was signed off by the UK and Scottish secretaries of state for transport and the Civil Aviation Authority. But there was no Parliamentary scrutiny or public consultation.

Prospect negotiator David Avery said: “Prospect believes this change is unreasonable and disproportionate and puts staff and passengers at risk.

“The current regime of security checks was introduced more than ten years ago and has been largely successful.

HIAL conducted a risk analysis based on the size of the aircraft and deemed the risk to be low.

But Avery pointed out that any aircraft, regardless of size, is a potential risk when flying near urban areas.

“The flight path into Glasgow is close to nuclear power facilities at Hunterston; the large oil terminal and facilities at Finnart on Loch Long and Ministry of Defence establishments at Coulport, Faslane and Glen Douglas.

“Lowering security at Highlands and islands airports could make these sites, and the airports themselves, far more likely to be potential targets.

“We are also concerned about the equalities impact of returning to individual passenger searches and of course about our members’ jobs.

“Prospect is calling on HIAL to delay the decision to allow full consultation with users and staff.”

Although the Scottish Government has pledged not to make any compulsory redundancies in 2017 and 2018, the decision puts ten jobs at Tiree, Barra and Campbelltown airports at risk.

HIAL says it will offer voluntary redundancy or redeployment to other duties and protect salaries, but could not guarantee that hours will be maintained.

Staff have been offered voluntary redundancy on terms similar to the 2012 Civil Service Compensation Scheme terms, but without the option of taking an early pension.

The decision to introduce alternative security measures was triggered by the Scottish Government’s 5% cut to HIAL’s budget. Changes to the Civil Aviation Authority’s role as both a safety and economic regulator was also a factor.

“No other airport has suggested making changes like this – indeed the trend has been for more rigorous checks over recent years,” concluded Avery.