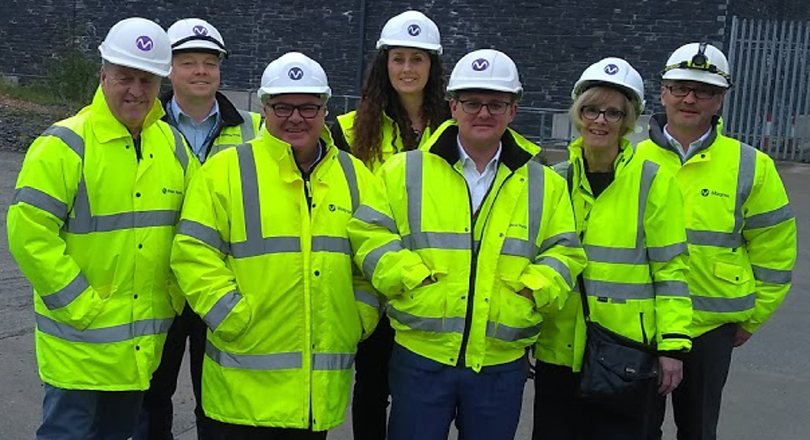 Small modular reactors are a new a form of nuclear power generators, smaller than conventional reactors, and have been hailed as the next generation of reactor.

However, despite UK government support for the small nuclear reactors it is not clear where the first site will be.

Prospect is the largest union for nuclear managers, specialists and scientists and has been working to promote the development of small modular reactors.

“Geographically it is in an ideal position, with brilliant travel connections to enable the small modular reactors to be transported there. Local academic and manufacturing facilities would be in a strong position to provide the resources for the project.

“The site’s heritage, as the home of the Magnox station, which is currently being decommissioned, means that there is also existing specialised infrastructure to support the work.”

Prospect’s position is supported by the TUC and the House of Commons Welsh Affairs Select Committee.

TUC deputy general secretary Paul Nowak said: “By choosing Trawsfynydd for a small modular reactor the government will greenlight the creation of thousands of jobs in an area crying out for new investment and a boost to its economy.  Many jobs in the area are currently low paid and it is struggling to retain young people.

“The government must make a swift decision on how small modular reactors will be implemented across the country, as part of a wider balanced energy policy, or it risks industry losing interest.”

Some of the main benefits of investing in small modular rectors include: that they can be built in factories and then transported to sites, companies such as Rolls Royce are already researching how they can be built and they will provide clean energy to remote areas of the UK.