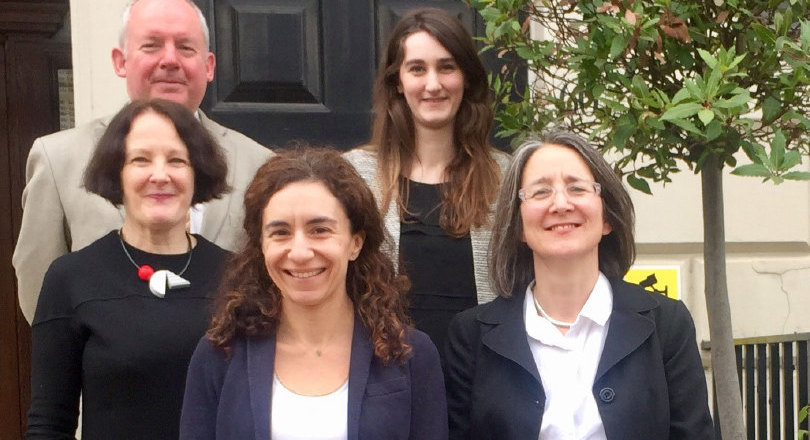 Former British Museum employee Niki Savvides has won her case of unfair dismissal and pregnancy discrimination with support from Prospect.

Niki was employed on a one year fixed term contract working on a scheme to train Iraqi archaeologists on archaeological excavation and site management methods. The project was due to run for five years and she had expected that her role would continue with the project.

Towards the end of her contract Niki informed her managers she was pregnant. Initially there were discussions about maternity cover.

However, the museum decided to change the emphasis of the role. Niki contended the job was so similar that she should have been offered it, but the museum refused to do this and said she could apply when it was advertised externally. Niki did apply but was unable to attend the interview because she was off sick with pregnancy complications and she was told her application had been withdrawn.

The tribunal found the change to the role meant there was a genuine redundancy situation, but as Niki was well suited to role she should have been offered the job, so the dismissal was unfair. The tribunal also held it was discrimination for the museum to withdraw her application for the job when she told them she couldn’t attend the interview because of her pregnancy.

Marion Scovell, head of Prospect legal, said: “The law provides special protection for pregnant women facing a redundancy situation. In this case the tribunal recognised that Niki should have been offered any suitable available vacancy and the museum’s failure to do this made the dismissal unfair.”

Alan said: “This was an important case for Prospect to pursue and it shows that even some of the better employers can misunderstand or misapply the law in relation to pregnancy related issues. Trade union membership is crucial to ensure that workers are able to enforce their rights.”

Niki said: "Going through this whole experience was very upsetting. Being pregnant and having complications with my pregnancy made it extremely difficult and there were many times I wanted to withdraw my case but I'm very happy that I persisted and finally won. I am very grateful to Prospect, I wouldn't have made it through without all their help and support."