This summer, negotiations officer Angela Moffatt became Prospect's first permanent member of staff based in Northern Ireland. She's been working hard to build Prospect's profile among members, other unions and across civic society 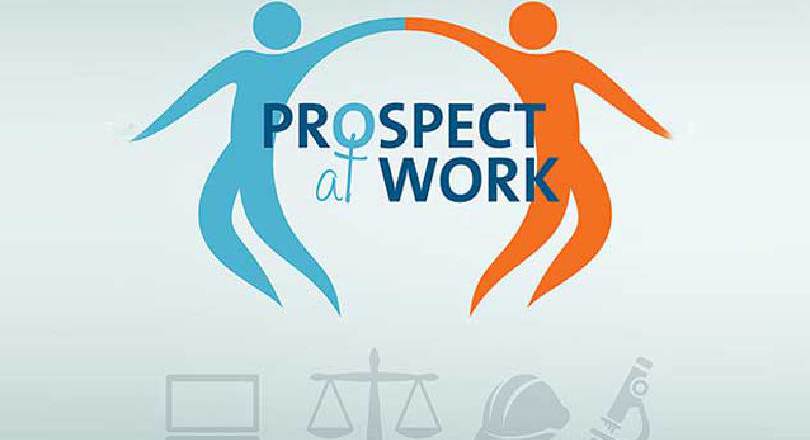 As part of the process, Prospect recently met Owen Reidy, deputy general secretary of the Irish Congress of Trade Unions who heads up the ICTU's operations in Northern Ireland.

The meeting was hugely positive and it's clear that Owen and the ICTU share Prospect's vision for 21st century trade unions.

"I'd really like to thank Owen and the ICTU for giving us a base from which Angela can operate as she starts to build Prospect's presence," explained Richard Hardy, Prospect's national secretary for Ireland and Scotland.

"The ICTU's aims and values align very closely with those of Prospect and I'm really looking forward to working with Owen in the future."

The ICTU in Northern Ireland is currently running a campaign called 'Better Work Better Lives'. Its core aims are to:

The campaign also wants to create the foundations of a positive social dialogue between unions and MLAs when the Assembly returns to full functionality.

Prospect has seen how important that is to delivering for members, especially through its work with the Scottish and Welsh Assembly governments.

"I'm really enjoying getting around to workplaces, meeting members and reps and building my understanding of the issues they face," said Angela.

"We'd really like members to take a few minutes to back the Better Work Better Lives campaign by pledging their support and sending an electronic note to their MLAs and MPs. They can do this here."