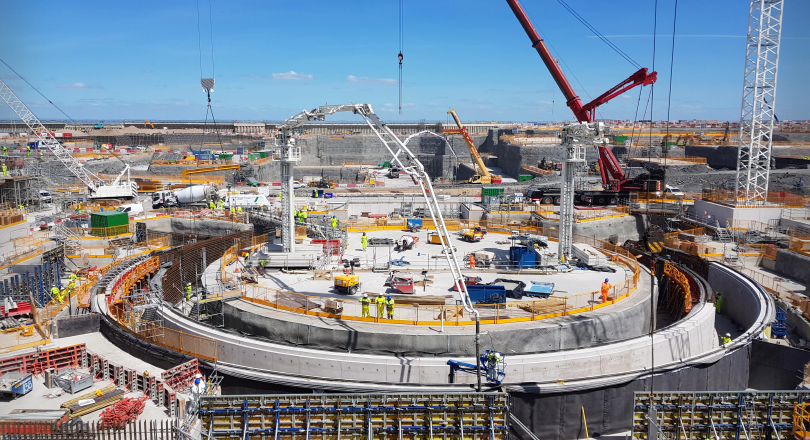 Hitachi has announced that it is suspending its Horizon nuclear new build projects at Wylfa in Anglesey and Oldbury in Gloucestershire.

The decision follows months of speculation about the future of the multi-billion pound projects, and leaves Hinkley Point C is Somerset as the only new nuclear reactor being built in the UK.

Hitachi had been in talks with the UK government about funding for months but the project was not discussed when Japanese leader Shinzo Abe visited prime minister Theresa May last week. May insisted that the decision was a commercial decision for Hitachi.

“Today’s news from Hitachi confirms what we had feared and will be deeply worrying for those communities and workers that will be most affected.

“Our research shows that unless we get moving on nuclear projects like Wylfa, the UK will face a potential peak electricity gap of up to 21% by 2030.  If the jobs and skills are lost from the sector then they cannot be easily replaced.

“New nuclear is of significant strategic importance for the country and it is clear from today’s news and from Moorside that the cost of finance is a primary barrier to progress being made.

“The government has said in the past that it would be open to alternative funding arrangements for major infrastructure projects like this but we have seen zero practical evidence of it. This total lack of clarity and the government’s sole focus on Brexit to the dereliction of all other concerns, has left us in the position where project after project look like they are going to stall before they are even started.

“The government needs to start looking further ahead than whatever the next parliamentary crisis is and get a grip of the energy crisis.  Unions and energy companies are ready to lend our expertise and get this sorted – when will the government start listening and do what’s necessary.”