Laura Leitch is playing a key role in the environmental safety at Heysham 1 power station, but is also determined to encourage more young women to look at science and engineering careers 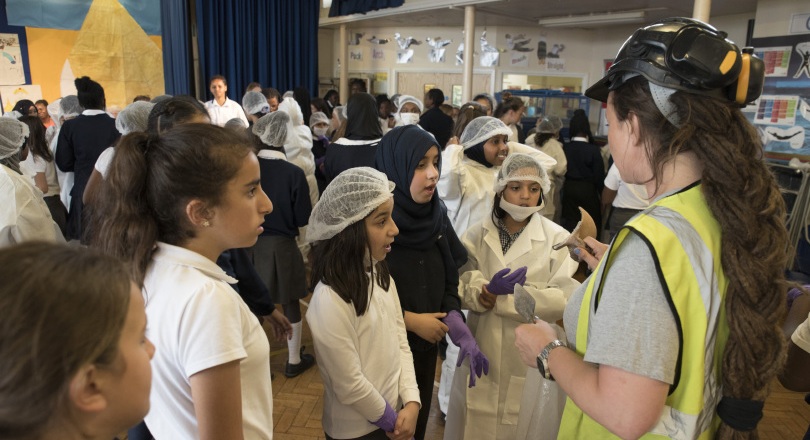 Laura took part in a TUC video campaign last year, which was aimed at young girls as they start to consider their future careers.

She talked about her role with EDF Energy, and was filmed working in the power station’s training rig, which simulates a key part of the site.

Laura said: “I consider myself very fortunate in being able to do a job I really enjoy in the area I grew up in.

“I have to admit if you’d asked me 10 years ago what I wanted to do as a job I don’t think I would have even thought about a job at a nuclear power station.

“All I knew was that I really enjoyed the sciences at school, particularly physics, so I chose a degree that would keep my options open in terms of what I could do as a career.”

As part of her degree, in Natural Sciences at Bath University, Laura joined EDF Energy for an industrial placement year. She worked at Heysham 1 power station and then joined the company’s graduate scheme.

The  scheme takes the graduates to many of the firm’s nuclear sites, spending time in different departments.

Laura said: “After the graduate scheme, I decided that I would like to specialise in radiological protection and I have been working in this area since July 2014.

“My day-to-day role is extremely varied; anything from collecting marine samples from the local beaches to working in the lab carrying out gamma spectrometry analysis on the samples.

“Other days I can be working within the radiation controlled area supervising work from a dose and contamination control point of view.

“I am also really keen to promote STEM events, particularly encouraging young women into science and engineering. I am involved with Women In Nuclear North West and I regularly support visitor centre STEM events.”

Laura was recently involved in mock interviews for GCSE students at a local school, which gave them the chance to gain experience of what a real university or job interview might be like.

She added: “It’s great to think that I may have been involved in encouraging some students to take their first steps into a career in science or engineering.”