Jenny Tingle, the new assistant national secretary for BT and Digital, has grown up in Prospect, working across many parts of the union over the past 11 years. 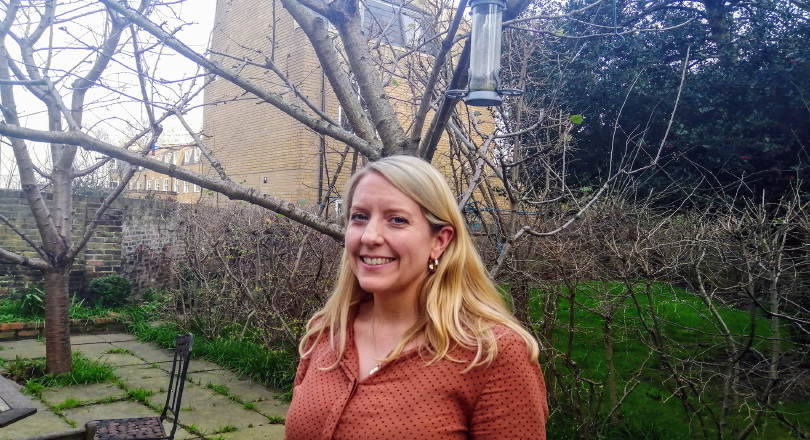 Alongside the day jobs she experienced the other side of union work as a grade rep and then secretary of the GMB committee that represents Prospect’s own staff.

And for many years, Jenny led on developing the union’s Young Professionals Network.

“We achieved a lot. One of our reps from Sellafield became active and got on to the TUC young workers’ forum. Working together we were able to change our network into a proper committee via a motion to the union’s sector and national conferences.

“Now we have an organiser, Rob Young, focusing full-time on young professionals and they have representation on the union’s national executive and sector committees. “

Jenny started out in Prospect as an executive assistant supporting the agriculture pitch.

Soon she was promoted to senior executive assistant and then seconded as an organiser to the Connect sector (predecessor to the BT and Digital divisions) in Clapham.

Jenny then worked as an SEA on the defence pitch, but not for long. After another organising secondment to Connect, she was promoted to a permanent organiser in defence.

Next came a negotiations executive role, handling scores of personal cases and some bargaining responsibilities across three teams, including heritage branches like the National Portrait gallery.

Jenny was promoted to negotiations officer for BT and Digital in 2017.

As assistant national secretary, she will continue to represent members in Vodafone and Openreach and pursue policy responsibilities within BT, including the Good Work initiative covering things like sickness absence, equality and diversity and performance management.

She is looking forward to continuing to work with Openreach, which builds and maintains the telecoms and broadband network, on addressing the government decision to bring forward the deadline for roll-out of full-fibre broadband from 2033 to 2025.

“We are looking to join the conversation about the challenges and barriers and what changes in regulation and legislation may be needed.”

In Digital she wants to support the elected committee to develop their agenda and influence.

Jenny will lead on both divisions’ recruitment and organising strategy, working with lay reps and managing  the full-time organisers.

Jenny’s parents were teachers and union members, and as a child she recalls being taken on various marches and her mother campaigning against the far right.

While studying she did retail jobs and then after graduating  worked for a sixth-form college in the exams department.

She travelled and worked in Australia and New  Zealand, including a “character-building” job as a receptionist in the orthopaedic outpatients’ department of a hospital.

In the right place

Back in the UK, she applied for the Prospect EA job. “I hadn’t thought about working for a union, but straight away I knew I’d found my place.

“I do feel like I’ve grown up here – I was a very different person back then. I’ve been fortunate to have opportunities to work in different roles with different teams.

“What we do can be hard because of the way the world of work is going. But I’ve always tried to focus on how we can improve things and make them better for members.

“You need to motivate the reps and keep them enthusiastic about improving those things that we can.” Jenny particularly enjoys informally mentoring reps.

As a younger woman, she felt conscious of how she might be treated, particularly by employers in negotiations, but says: “I’ve never felt that I’ve not been taken seriously.”

At the same time she hopes her relative youth and gender provide her with insights “that can make us do things differently and better”.